on August 19, 2015
Japan’s All Nippon Airways (ANA), will decorate two more of its planes with Star Wars characters as part of an agreement with The Walt Disney Company (Japan) Ltd., designed to promote the Star Wars movie franchise. 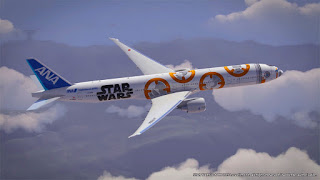 ANA will decorate a Boeing (NYSE:BA) 777-300ER with the likeness of BB-8, a character that will debut in Star Wars: The Force Awakens, the latest movie in the franchise scheduled for theatrical release in December 2015.

ANA will also designate a Boeing 767-300 as the Star Wars ANA Jet. It will showcase both BB-8 and R2-D2, who has been a Star Wars icon since the first Star Wars movie was released in May 1977. These Star Wars themed planes will join the previously announced R2-D2 ANA Jet, a Boeing 787-9 Dreamliner. 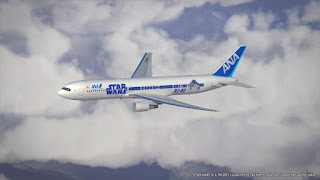