Virgin America to begin upmarket service from SFO to Hawaii

on April 07, 2015
Virgin America, the carrier that once used the apropos positioning statement, “A breath of fresh airline,” will begin flying between San Francisco (SFO) and two popular destinations in Hawaii this fall.

The carrier will begin daily flights from SFO to Honolulu (HNL) on Nov. 2, 2015, and Kahului, Maui (OGG) on December 3, 2015. In announcing the new service, airline executives noted that Hawaii is one of the most popular leisure destinations and cited a long-standing demand for the service by Bay Area residents.

“This marks the next phase of growth for our airline,” Virgin America President and CEO David Cush said in a statement. “We look forward to bringing a new kind of flight service to the market and to building lasting community ties with the state of Hawaii.”

Cush received permission from Hawaii Governor David Ige to bring Virgin America’s new flight service to the state during a private telephone call last month according to the airline, a development that was quickly lauded by the islands’ tourism officials.

Overall, more than 3.2 million of the 8.2 million visitors who traveled to Hawaii by air in 2014 came from the West Coast, according to the state’s Department of Business, Economic Development and Tourism.

Virgin America will use new Airbus A320 aircraft on the routes, which will “offer three custom-designed classes of service, touch-screen personal entertainment and an award-winning on-demand food and cocktail menu on every flight,” the airline noted.

The carrier currently operates A320s in two configurations. Both offer space that is among the more generous in today’s airline environment, and the new planes will be configured similarly. First Class recliner seats on its current aircraft are 21 inches wide with 55 inches of pitch (space between the back of your seat and the back of the seat in front of you), according to SeatGuru.com. Main Cabin Select and Economy seats are 17.7 inches wide pitches of 38 inches and 32 inches, respectively. That compares favorably to the 31-inch or even 30-inch pitch on many other domestic carriers.

Planes feature touch-screen personal entertainment with more than 20 films, TV, interactive Google Maps, video games, and a 3,000-song library. Each seat has Wi-Fi, power outlets and an on-demand menu that allows passengers order a cocktail or snack from their seat back any time during a flight.

While I have only had the opportunity to fly Virgin America twice, I was completely captivated by its service, as I noted in the post I published after my experience.

To mark the new service, Virgin America is celebrating with a nationwide ‘Now Serving Paradise’ fare sale that offers fares from $199 each way. The new flights are on sale now. Tickets can be purchased at VirginAmerica.com or by calling the airline’s reservations desk at 1-877-FLY-VIRGIN (877-359-8474). 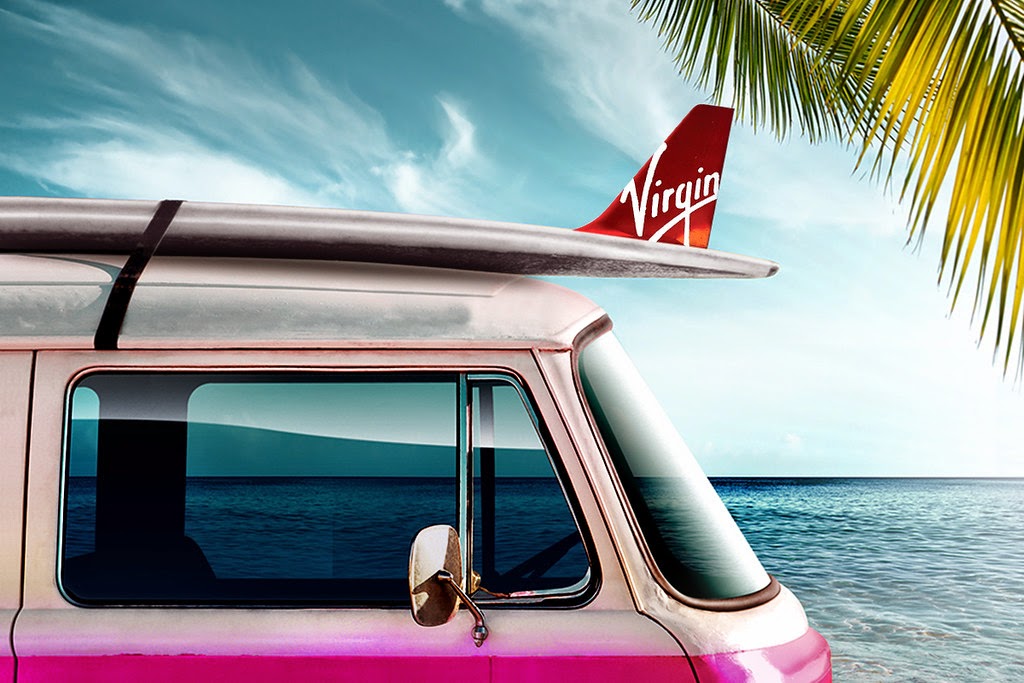 Times for the daily flights to Maui will vary depending on the day of the week. Flights leaving San Francisco on Tuesdays, Saturdays and Sundays will be daytime flights, leaving SFO at 7:55 a.m. and arriving at OGG at 11:40 a.m. Return flights will leave at 1:10 p.m., arriving at 8:15 p.m. Flights on Mondays, Wednesdays, Thursdays and Fridays will be night flights. Departing flights will leave SFO at 6:05 p.m. and arrive at OGG at 9:50 p.m. Return flights leave Maui at 11:20 p.m. and arrive in San Francisco at 6:25 a.m. the following morning.

For a sampling of the many things Maui has to offer, please read my previous post, "Making the Most of Maui.” Aloha!