BaconFest debuts in the mid-Atlantic

on March 30, 2015
How do you start an article about bacon? With Homer Simpson’s simple utterance, “Mmmm, bacon!” or a more thoughtful line from a comedian who described the food’s place in the culinary landscape by proclaiming, “Bacon; it’s what we wrap other foods in to make those other foods better.”? 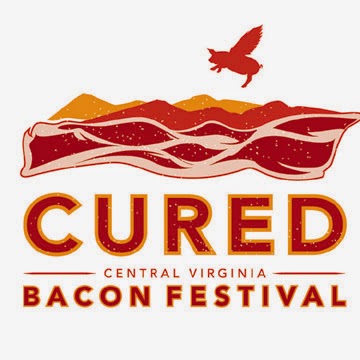 No matter; we love the stuff! While I have been unable to locate the original source of the statistic, numerous news articles say the average American eats 18 pounds of the stuff every year. So it is with great delight (and, honestly, a bit of drooling) that I share news of a brand new bacon festival coming to central Virginia on May 30. CURED: Central Virginia Bacon Festival will come to Charlottesville and will not only focus on what Saturday Night Live’s Coneheads referred to as “shredded swine flesh,” but on how local chefs and other food innovators incorporate this delectable ingredient into their dishes.

“Patrons can experience a dish by a James Beard nominated chef, a dish from a Forbes Five Star resort, or a dish from a favorite local diner all together at the inaugural [festival],” its promoters told TheTravelPro in an email. Sponsored by Starr Hill Brewery and local butchers The Rock Barn, the festival will take place on Saturday, May 30 from 1 to 5 p.m. at nTelos Wireless Pavilion in Charlottesville, Va., about an hour’s drive west of Richmond and about 2 1/2 hours from Washington, D.C.

As you might expect with an event sponsored in part by a brewery, beer will play a significant role in the festivities.

"We [will] bring back our award-winning rauchbier, Smoke Out, which pairs with just about every dish offered by these great local restaurants," Starr Hill Brewmaster Robbie O'Cain said. "It's bacon and beer. What more do you need?”

For the uninitiated, rauchbier is German for “smoked beer,” and I can personally attest that it is a perfect accompaniment to grilled, smoked, and cured meats.

All proceeds will benefit the Local Food Hub in Charlottesville, a nonprofit organization that promotes locally farm-sourced food, advocates for choosing local food first, and educates about the role that small farms play in the community.

General admission and VIP tickets will go on sale Friday, April 3, at 10 a.m. Eastern time. General admission tickets are $30 through May 15 ($35 thereafter) and include four tasting tickets, with each redeemable for an individual food plate. Admission also includes one voting ballot to cast for the guest’s favorite restaurant.

VIP tickets, available for guests 21 and older, are $60 and include early entry at noon, access to the VIP area on the stage, six tasting tickets, two beer or wine tickets and two voting ballots. The VIP area will include special tastings, demonstrations, and other amenities. One VIP patron’s name will be drawn at random to win a 1-year membership in the Rock Barn’s Bacon of the Month Club. Yum!

For more information or to purchase tickets, visit CuredFest.com.