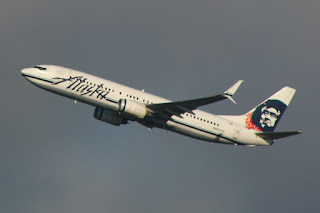 Currently, Alaska (NYSE:ALK) serves Reagan National Airport (DCA) and Baltimore-Washington International Airport (BWI) with non-stop flights from SeaTac Airport (SEA). The addition of service to IAD will give its passengers more options when traveling to the D.C. area. Flights to IAD will offer convenient access to the Dulles Technology Corridor, the name for a string of communities near IAD that stretches from Tysons Corner, Va., to Ashburn, Va., according to a statement announcing the new service.

To celebrate the new service, Alaska is offering fares starting at $169 one-way, though seats are limited and may not be available on all flights. Tickets must be purchased by Nov. 19 and travel completed by June 6, 2015. At the time of this post, however, the sale fares did not appear on the airline's web site, apparently due to a programming glitch. When I called 1-800-ALASKAAIR, a very helpful reservations agent confirmed that there were several dates when the sale fare was available and offered to book the flights for me.

Alaska is also offering members of its Mileage Plan frequent flier program double miles on flights between SEA and IAD, though travelers must register for the promotion before taking their first qualifying flight.

The addition of the new route is part of Alaska’s plan to increase its daily departures from SEA by 11 percent by next spring, when it will offer 282 peak-day departures to 79 destinations from SEA, which the airline claims is more than three times as many flights than any other airline.

According to the booking feature of the airline’s website, Alaska will operate a 737-800 on the route. The carrier’s 737-800s all have First Class and Economy cabins and are arranged in three configurations according to SeatGuru.com. First Class seats are 21 inches wide with a pitch (the distance from the back of one seat to the back of the seat in front of it) of 36 inches. Economy seats at 17 inches wide, among the narrowest in the industry, with pitch of 32 inches.