Making the Most of München, Part Three

on December 25, 2013
Munich, the capital of the German state of Bavaria, is a city that retains much of its old world charm while embracing modernity in many ways, particularly when it comes to getting around.

Getting around München is fairly easy; it has an extensive network of S-Bahns (historically, the “S” stood for “schnell” or “fast,” but now has come to also mean “suburban”), U-Bahns “(for “Underground,” or subways), trams and buses. All four forms of transport are operated by the MVV, the Münchener Verkehrs-und Tarifverbund (Munich Transport and Tariff Association).

For purposes of public transport, the city is divided into four rings; travel within one ring is one rate, within two rings is higher, three rings even higher, and so forth. For example, the trip from my hotel to the BMW Welt was across four rings and would have cost €10,40 for one round-trip ticket. However, a day pass allowing unlimited travel on all four forms of transport anywhere in the city was €11,70 and was valid until 06:00 the morning after the day of purchase.

My recommendation: Considering that the price difference was €1,30, it made sense to purchase the day pass. Especially since one of the ways I get to know a city is by riding its various forms of transportation and exploring based on what catches my eye, having the freedom to hop on and hop off as the mood strikes is worth what little extra it might – or might not - cost.

Buying tickets from the automated machines in the Hauptbahnhof (Hbf) or local stations is quite simple, as they have instructions available in several languages including German and English. However, be sure you’ve selected the correct machine. Machines dispensing tickets for the MVV sit side by side with those selling tickets for intercity trains operated by DB (Deutsche Bahn) and look fairly similar.

Visitors can also take advantage of München’s well-developed street, bike path and sidewalk system. Many hotels will either rent or lend bicycles, so if the weather is pleasant – however you define pleasant – a long stroll or bike ride are other options. One popular place to bicycle or is Englischer Garten, a 1.5 square mile public park in the center of München on the bank of the Isar River, stretching from the city center to the northeastern city limit. Be sure to visit the Angel of Peace column near the center of the park along the Prinzregentenstraße.

In München, there are several little things that might catch a first-time visitor by surprise.

For example, if you see an escalator that looks like it is stopped, don’t assume that it’s out of service. There are many energy saving measures taken in Germany and equipping escalators to stop when they have no one on them is one of those measures. If you approach an escalator and it appears to be stopped, step aboard and chances are it’ll start moving.

Another cost-saving measure is installing a single escalator that goes both up and down in locations where two escalators aren’t warranted, such as smaller S-Bahn and U-Bahn stations. Escalators at such locations start moving when someone steps aboard at either the top or bottom and trips an electric eye, which also tells the escalator which way to move. After a given period without a trip of that sensor, the escalator stops until the next passenger triggers the sensor, which could be at the opposite end. It would then run in the opposite direction as long as it is needed.

Posted prices in Germany include tax, so when a sign says a train ticket is €11,70, that’s what you’ll pay. If you’re interested, look at the bottom of your bill (never a “check” in Germany) or your hotel folio and you will see the amount of the purchase attributable to the (19%!) MwSt (Mehrwertsteuer), which is equivalent to the VAT, or “value-added tax” in the U.K., and the amount attributable to the goods or services.

Exceptions are items on which a Pfand (deposit) is levied, including bottled beverages. At Christkindl-Markts, Glühwein is served in ceramic cups, not paper or Styrofoam, and a Pfand – often about €2 –  is refunded when you return the Tasse (cup). The Pfand is also refunded when you return the glass or plastic bottle to a merchant, or you can donate the bottle and the Pfand to a local charity by depositing it in machines at various locations, including airports and train stations.

If you purchase items in many of the city’s larger department stores, you may be presented the option of paying for your purchase in euros or dollars, especially if you are using a credit card. 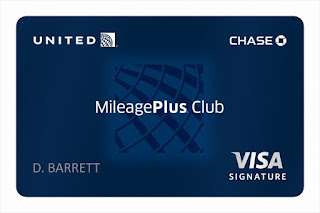 Because experience and research has shown that the best exchange rates are provided by banks as opposed to changing currency at your hotel or a Bureau de Change, I opted to make the purchase of a scarf in euros, but noted what the store, the Galeria Kaufhof, would have charged me had I chosen dollars. As it turned out, my bank’s exchange rate precisely equaled what the store would have charged.

While on the topic of credit cards, you need to know that most major credit cards levy a 3% “foreign transaction fee” when used outside of the United States. Cards that do not charge such a fee included the United Club Card issued by Chase Bank, N.A., (NYSE:JPM), and all Capital One credit cards, among others. In addition, many credit unions offer cards with no fees other than the 1% Visa charges them.

My recommendation: Check with your credit card company before your trip and make whatever adjustments are necessary to save yourself some money. After all, 3% is €30 for every €1.000 spent which, considering hotels, food, transportation, attractions, and souvenirs, can add up quickly. €30 can buy a pretty nice dinner in many locations.

As to the expression of numbers, European practice is essentially to swap where we in the U.S. put the decimal point and the commas. While we would write $1,312.95, Europeans would write €1.312,95. A small thing, but something to note. Further, there seemed to be little consistency in Germany about the proper placemen of the euro sign. Some signs read, “Glühwein €3,50,” while others read, “Glühwein 3,50€.”

Finally, the long-standing European practice of leaving one’s hotel key at the front desk when exiting the hotel but not checking out – in other words, to explore, grab a bite to eat, etc. – is no longer strictly adhered to, perhaps due to increased concerns about safety and security. I don’t know if I feel any more secure carrying my hotel key with me, as the hotel itself could surely get into my room any time it needed to do so, but I was not asked to leave my key at the front desk when I left, as I was asked to do in Italy as recently as 2009.