Beware of scams while traveling

on December 16, 2013
Virtually no matter where you’re traveling, you may be approached by someone asking for your help, which usually means they want money. Too often, the request for help is a scam, though some are obvious and others more subtle. Be on your guard. 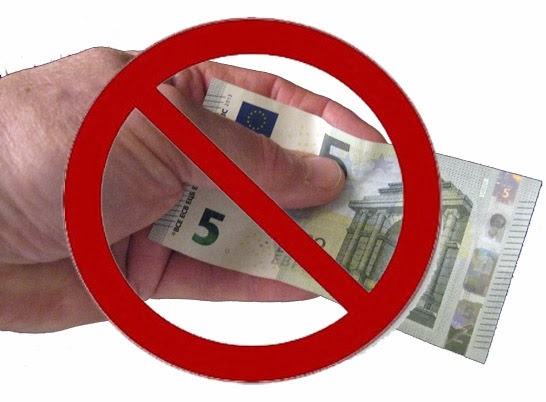 While seeking out a bite of dinner at the Frankfurt Airport (FRA) on my last night in Germany, I was approached by a fairly well-dressed woman who asked for my help.

The woman, who I guessed to be her mid-30s, spoke fairly quickly about how she “needed to get home,” she was “from Switzerland,” how her credit card wasn’t working, and she needed “another €40” for her train ticket. She then flashed a document from German railway DB (Deutsche Bahn) and pointed to figures for fares to three different destinations.

So much of her story was plausible. The DB train station, which is directly beneath FRA, has trains leaving for all points on the European continent. I’d taken a DB train back from München earlier in the day and recognized the logo on the document.

Parts of her story even matched my own experience from earlier that day, when the automated ticket machine aboard a city bus in München wouldn’t accept the one credit card I carry with the “smart chip” the machine required.

While it all happened very quickly, I noticed that she had a purse and a tote bag but was not carrying or pulling any luggage, which is a bit unusual for someone “trying to get home.” And while I recognized the DB logo, she showed me the document so quickly I couldn’t see a date to tell if it was anywhere near current, nor could I see a word like “itinerary,” “travel quote,” or anything that would tell me exactly what the document was.

In situations like this, my instinct is to help but also to keep my guard up, so I lied. I told her I had no Euros left, as I was heading home tomorrow.

“Well, dollars, then? I can get them changed here,” she responded, but I had other plans.

I had just passed a DB office where travelers can buy or amend their train tickets, so I said, “There’s a DB office just around the corridor…”. I was going to suggest we walk there to get her the help she requested, and was going to say that I would pay DB directly with my credit card for any additional fee to get her where she needed to go.

“They can’t help me,” she interrupted, too quickly I thought.  I was offering her a way out of her “dilemma,” but it was not what she wanted. With my mental alarm sounding, I reached into my pocket for the single €2 coin I had, and said, “This is what I have; you’re welcome to it.”

Then … she dismissed me with a wave of her hand and walked – no, stalked – off.

Convinced that I had dodged a bullet, I did some research when I returned to my room and found that such scams have become fairly common. Scammers, it seems, are getting more clever and, at least according to one published news item, it’s working fairly well. The young lady I encountered was apparently less polished than many but she fit the general profile: appropriately dressed for the place she was working, well spoken, and possibly convincing enough to extract money from “fellow travelers.” After all, anyone who travels a fair amount has had first-hand experience with the overwhelming desire to get home at any cost at the end of a long (or sometimes even a short) trip, so empathy often takes over.

In fact, on one chat board discussing the topic, victims actually congratulated each other for being “willing to help someone ‘in need’,” despite the fact that they’d been taken. Perhaps that’s why these scams are able to continue: victims don’t know for certain they’ve been taken, the amounts are relatively small, and there is the “There, but for the grace of God, go I” aspect of the scammers’ stories.

Travelers may also encounter other situations that may not exactly be scams but warrant caution nonetheless.

Particularly at large international airports where passengers are likely going significant distances, departing passengers are occasionally approached and asked if they have a pass for public transport with any time left on it. Many cities, including Frankfurt and München, offer multi-day, weekly, and monthly passes which are often far cheaper than buying individual tickets, even if you aren’t staying a full week or month. For example, a round-trip ticket from my hotel to the BMW Welt in München on the city’s MVV transport system as €10,40, while a day pass allowing unlimited travel was €11,70.

In such cases, travelers have been known to give those longer-duration passes away, reasoning that someone might as well benefit from the remaining value. There's nothing inherently wrong with that, though some jurisdictions specify that the ticket is only valid for "the original purchaser."

Other problems may arise if the person to whom the ticket was given tries to resell it.

Travelers who are approached about buying such tickets “at a discount” ought also to be wary. While it may be perfectly legal for an individual to sell a ticket on Frankfurt’s RMV (Rhine Main Transport Association) system, it may also be illegal. Even if it is legal, there’s a possibility the ticket may no longer valid for other reasons or, worst case, may be an outright forgery. Unless you’re intimately familiar with the tickets, the systems, etc., you simply can’t know for sure.

Finally, in a pressure situation like that, there’s very little time to do even a basic a cost/benefit analysis.

Consider that a two-day Frankfurt Card costs €13,50. If someone was offered a card "with a day left" for €5, it might seem like a bargain, but is the seller willing to give you sufficient time to look over the ticket and actually read it before handing over your cash? Not likely. And can they tell you whether it’s good for 48 hours or two calendar days? Depending on the time of day you make the purchase, that could be important.

My advice is to pay a few extra Euros and be sure you have a valid ticket from an authorized dealer who is giving you what you paid for. The fine for riding without a valid ticket is €40, so taking a chance to save a little money could be a fool’s bargain indeed.

BOTTOM LINE: Just because you’re on vacation doesn’t mean you should let your guard down and relax completely. Remember the maxim: if it seems too good to be true, it probably is.