on April 02, 2012
Perhaps following the lead of other airlines hoping to stimulate mileage purchases, American Airlines is offering a bonus of up to 30 percent through May 31 for AAdvantage® members who purchase miles, either for themselves or as a gift. 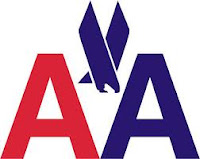 The promotion also includes an extra bonus for those who act quickly; a 15 percent discount on purchases of 20,000 miles or more made before noon CDT on April 5 (Thursday!).

American sells additional AAdvantage® miles at $29.50 per 1,000 miles, plus a 7.5 percent federal excise tax. Compare that to United, which sells MileagePlus® miles at $35 per 1,000 miles plus tax, and it immediately appears American is offering a better value.

Clearly, the greatest additional value would be realized when buying enough miles to earn the top-tier bonus. That requires a purchase of at least 20,000 miles, and would garner 6,000 additional bonus miles, for a total of 26,000 miles. The total cost would be $532.56 ($467.50 until April 5, plus 7.5 percent federal excise tax, plus a $30 processing fee), which works out to a purchase price of 2¢ per mile, considerably lower than United's rate above, which works out to 3.8¢ per mile. Obviously, American's current offers of bonus miles, and discounts for purchasing before April 5, help reduce the per-mile cost.

That will vary with the route chosen, the schedule, and other variables. So before you jump and spend money on the miles, it's good to have a plan for where and when you intend to use them. Then, do the math!

Finally, in this case, read the fine print. If you're in a hurry, this promotion is likely not for you because American says miles will post to your AAdvantage® account "4 - 6 weeks after the end of the promotion," which could be the 4th of July weekend or later before the miles actually post to your account.

But by all means, check your travel plans, do the math, and if it makes sense, go for it!