on October 29, 2009
I spent five nights at the Park Hotel earlier this month and found many things to recommend about the property. 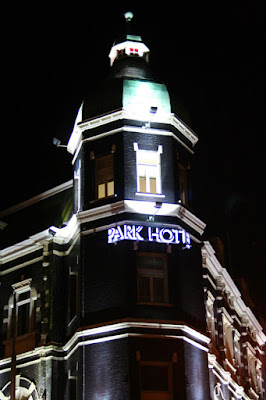 The Park is sleek and modern. The lobby, called the “Living Room”, includes a gas fireplace next to comfy chairs and couches where one can sit, sip a glass of wine, and have a pleasant conversation. Through the Living Room are the Concierge and the reception desks. Everyone was most helpful and made me feel welcome. Upon check-in, guests are given a coupon for a complimentary drink at Momo, the on-site bar and restaurant. 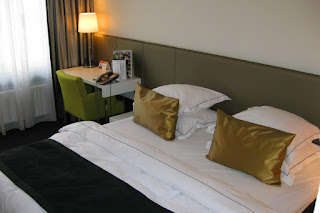 Guest rooms are larger than one might expect for Europe, and feature a contemporary design theme that struck me as almost stark. Not my personal taste, but well done nonetheless. The rooms are equipped with mini-bars, coffee and tea, an in-room safe, and iron and ironing board. The bathroom has a drench shower head, typically deep European tub, a hair dryer, and high-end amenities. I received a pre-paid rate of €119 per night, which I found fairly reasonable.

Wireless Internet access is available in the rooms for about €20 per day. The Park has shared computers near the reception desk where one can also get Internet access for €5 for 15 minutes. Within a few blocks, however, there are several Internet access points where the rates are quite a bit lower if you’re willing to put up with the inconvenience.

On the lower level, the Park has the best-equipped hotel fitness center I’ve ever seen. Guests can use treadmills, an elliptical trainer, free weights, and weight machines, all while watching one of two big-screen TVs. 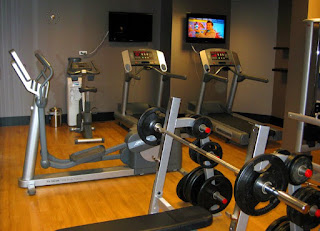 On the ground floor, Momo offers a variety of sushi and Asian-themed dishes that are well prepared and nicely presented, though a bit on the expensive side. Drinks at the bar seemed pretty reasonable at around €5 each.

Among the Park’s positives is its location. Situated on a main canal between the Fashion and Museum District and the entertainment area known as the Leidseplein, it has easy access to a wide range of attractions, restaurants, and transportation options without being in the middle of the action as soon as you step out the front door.

Amsterdam’s famous Museum District, about two blocks southeast of the Park, boasts the Van Gogh Museum, the Rijksmuseum, the House of Bols (reputedly the world’s oldest spirits manufacturer) and its Cocktail & Genever Experience, and the Diamant Museum. Two large parks, the Museumplein and the Vondelpark, are also within easy walking distance. 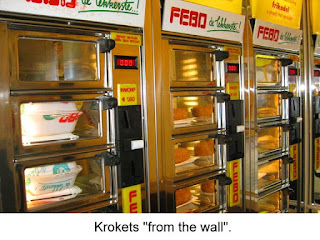 Across the canal to the northwest is the Leidseplein with a wide variety of restaurants. My personal favorite, simply because it is distinctly Dutch, is a snack shop called Febo where one buys traditional Dutch “krokets” (deep-fried, roll-formed snacks containing various types of meat) from dispensers that resemble an updated version of the Horn & Hardart Automat. The locals call that eating “uit de muur” or “from the wall”. At the other end of the spectrum, the area also has outlets from international chains including the Hard Rock Café. The Holland Casino is also in the area.

More interesting, however, are the locally run restaurants, bars, and old pubs that line the side streets. Many of the city’s older drinking establishments are known locally as “brown cafés”, so called because years of cigarette smoke (banned in most Amsterdam establishments since July 2008) turned the walls brown. Many offer bar food, including simple toasted sandwiched; some do not. The Cafe' de Krul, pictured at left, was one I visited several times during my stay. 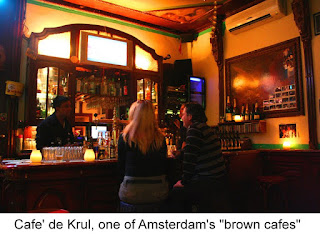 Near the Park are stops where one can catch the Canalbus for a waterborne tour of Amsterdam, hop on the tram, or catch a bus. The Park also rents mopeds (which share the city’s bicycle paths) for about €49 a day, and rents bicycles as well.